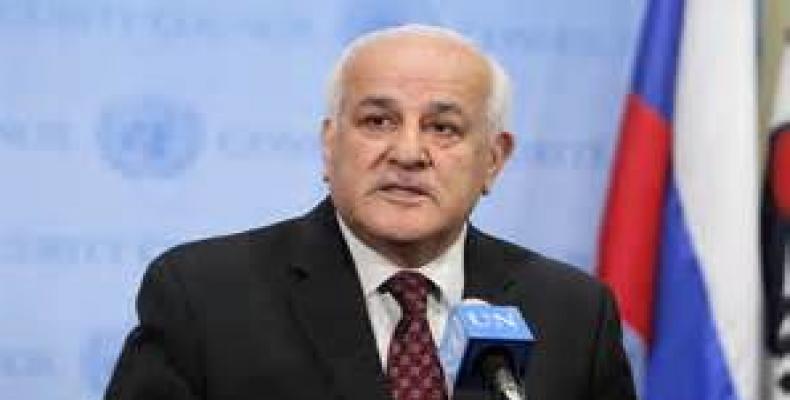 United Nations, October 17 (RHC)-- The Palestinian ambassador to the United Nations has called for the Security Council to intervene and put an end to the Israeli acts of aggression in the occupied territories.

“We come to you today asking the Council to urgently intervene to end this aggression against our defenseless Palestinian people and against our shrines which are subjected to violations by the Israeli military occupation and by Israeli settlers and by extremists,” Riyad Mansour told a special Friday meeting of the UN Security Council on the issue of tensions in the occupied territories.

Also during the meeting, UN Assistant Secretary General for Political Affairs Tayé-Brook Zerihoun urged “all sides to respect the sanctity of all holy sites.” This as Israeli Deputy Ambassador David Roet rejected Palestinian calls for a protection force to be deployed in al-Quds.