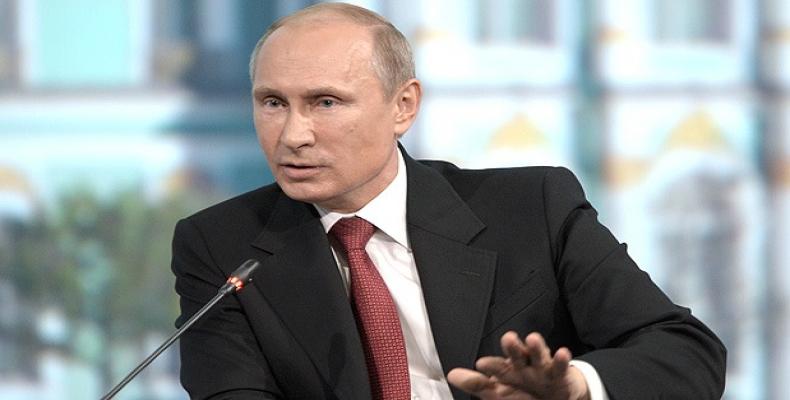 Moscow, November 21 (RHC)-- Russian President Vladimir Putin has called on the country's military to step up attacks on terrorist positions in Syria, after Moscow confirmed that a homemade bomb brought a civilian plane down over Egypt in a terror attack, claimed by Daesh terrorists.

In a Friday meeting with officials of the Russian Defense Ministry in Moscow, Putin said a recent increase in aerial attacks on militants in Syria by Russia air and naval forces is "not sufficient," and the Moscow's anti-terror campaign should be intensified.

The order came as Russian Defense Minister Sergei Shoigu said the raids over the past four days, either through the Russian navy's long-range attacks or air strikes by the Russian air force, have inflicted heavy damage and fatalities on the militants in Syria.

The developments come comes just days after Russian intelligence officials confirmed that a bomb planted in the Russian Metrojet airliner, which was flying from Egypt's Sharm el-Sheik to Moscow on October 31st, downed the plane and killed all 224 people on board, most of them Russian tourists. Daesh has claimed responsibility for the incident.