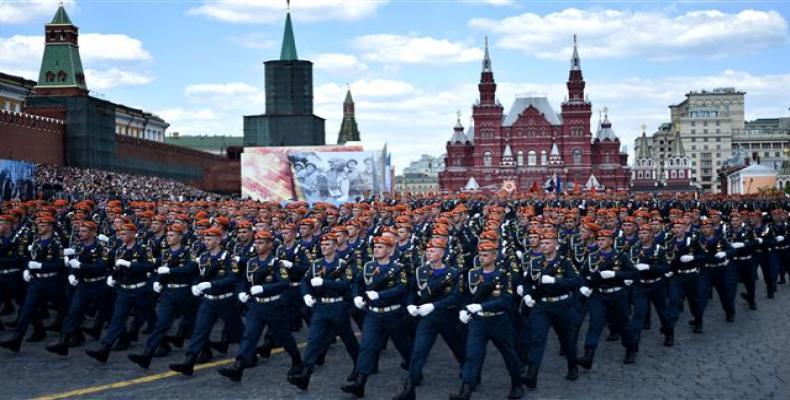 Moscow, May 9 (RHC)-- Russian President Vladimir Putin has congratulated leaders of the post-Soviet states on the 71st anniversary of the Victory Day in the Great Patriotic War, which marks the capitulation of Nazi Germany to the Soviet Union on May 9, 1945.

According to the Kremlin press service on Sunday, the Russian president congratulated the leaders of Azerbaijan, Armenia, Belarus, Kazakhstan, Kyrgyzstan, Moldova, Tajikistan, Turkmenistan, Uzbekistan, Abkhazia, South Ossetia, and citizens of Georgia and Ukraine, saying that the V-Day is a sacred celebration that will always remain the symbol of "heroism and unity of those nations who rose up to fight for their fatherland and saved the world from fascism."

The Russian president also expressed hope that friendship and brotherhood would continue to serve as a foundation for strengthening the relations among countries within the Eurasian continent.