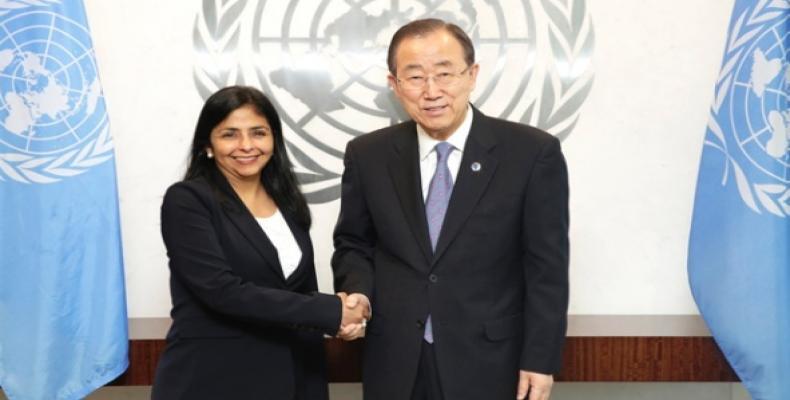 According to the Ministry, the talks between Delcy Rodriguez and Ban Ki-Moon were held under the umbrella of Venezuela acting as Security Council chairman, and the Bolivarian Republic's involvement in the political mission for Colombia, and human rights.