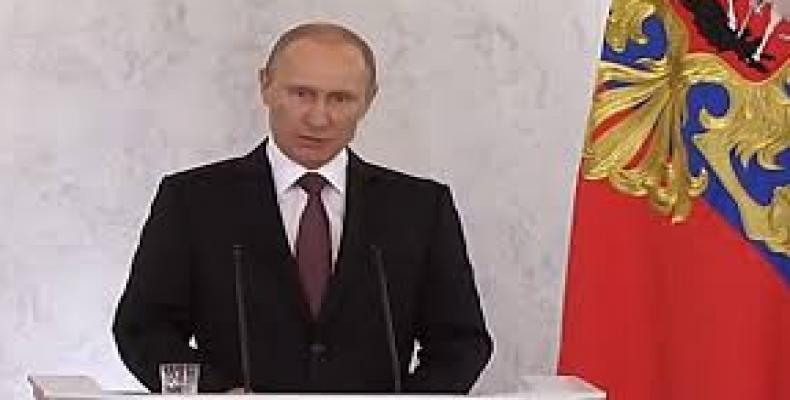 Moscow, December 15 (RHC)-- Russian President Vladimir Putin says a strike on North Korea by the United States would have catastrophic consequences, hoping for cooperation between Moscow and Washington to resolve the crisis on the Korean Peninsula.

Russia does not accept North Korea's nuclear status, Putin told an annual news conference.  But he also said that some of Washington's past actions had provoked North Korea into violating a 2005 agreement to curb its nuclear program.

In related news, a prominent U.S. senator says the odds that the Trump administration deliberately strikes North Korea first, were at about 30 percent.  Lindsey Graham, a Republican senator from South Carolina, told reporters: “I would say there’s a three in 10 chance we use the military option.  But if the North Koreans conduct an additional test of a nuclear bomb -- their seventh -- “I would say 70 percent.”

The right-wing U.S. senator acknowledged that a so-called "preventive" U.S. military action against North Korea could spiral into a conflict involving the use of nuclear weapons -- and that any kind of conflict would probably engulf American civilians and U.S. troops in South Korea and Japan.  But, Graham said, “don’t ever lose sight of how this war ends.  We win it, not North Korea.”  He refused to estimate how many millions of people may be killed in such a conflict, but added that, in the long run: "It'll be worth it."