Over 800 Intellectuals and Academics Condemn Coup in Brazil 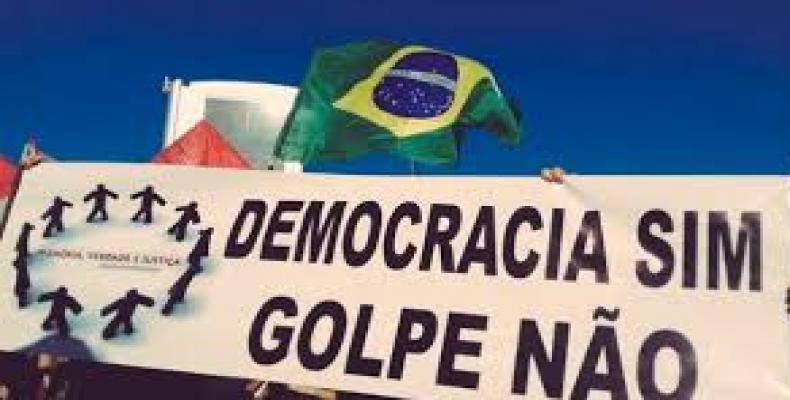 Brasilia, May 17 (RHC-teleSUR)-- A group of over 800 international academics and intellectuals calling itself "Humanity Against the Coup in Brazil" has released a statement condemning the ouster of Brazilian President Dilma Rousseff by right-wing elements.

The statement says that Rousseff's ouster on May 11 is an "imposed coup d’etat by a questionable and corrupt Congress," noting that many members of the Brazilian Democratic Movement Party, to which acting President Michel Temer belongs, have been involved in the most serious corruption scandal in Brazil's history, Operation Car Wash.  The scandal involves hundreds of millions of dollars of money laundering and bribery surrounding the state-run Petrobras oil company.

Signed by hundreds of personalities from around the world, the statement reads: "We are appealing to UNASUR -- the Union of South American Nations -- to apply the established Protocol stating a Commitment to Democracy adopted by all the countries of the organization that could put the brakes on the breakdown of the democratic thread in Brazil.

Temer is a right-wing politician who has already announced many pro-corporate, neo-liberal measures to deal with Brazil's economic downturn due to low oil prices.

"For everything that the coup-makers have expressed, and with their links to big business, we consider the coup of the de facto President Michel Temer illegitimate and illegal," according to the statement released in Brasilia.