At Least 22 Killed and 70 Injured in Baghdad Car Bombings 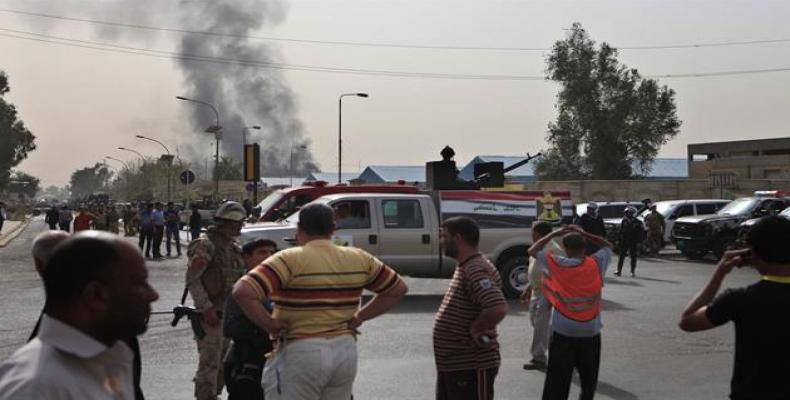 Baghdad, June 9 (RHC)-- A car bomb attack near a military base north of Baghdad and another explosion near a market in the Iraqi capital have killed nearly two dozen people.  Iraqi police said that a car packed with explosive targeted a commercial street in New Baghdad, an eastern district of the Iraqi capital, killing at least 15 civilians and wounding 70.

Another car bomb hit a main army checkpoint in Taji, just north of Baghdad, killing seven soldiers and wounding more than 20 others.  The explosions come as the Iraqi army and allied forces are trying to retake the strategic city of Fallujah, 70 kilometers west of Baghdad, from Daesh Takfiri terrorists.

There was no immediate claim for the attacks but Daesh has claimed responsibility for nearly all such incidents in recent months.  Facing defeat by Iraqi forces in its stronghold, the terror group has hit back with bloody attacks in Baghdad.

Around 50 people were killed and injured in several blasts in multiple locations in and around the Iraqi capital over the weekend.  Daesh claimed responsibility for those attacks.

The deadliest wave of bombings to hit Baghdad this year was in May when three devastating attacks on the same day killed nearly 100 people.  The latest figures released by the United Nations Assistance Mission for Iraq show that a total of 867 Iraqis were killed and 1,459 others injured in acts of terrorism, violence and armed conflict during the month of May.