At Least 11 Killed in Suicide Car Bomb Attack in Baghdad 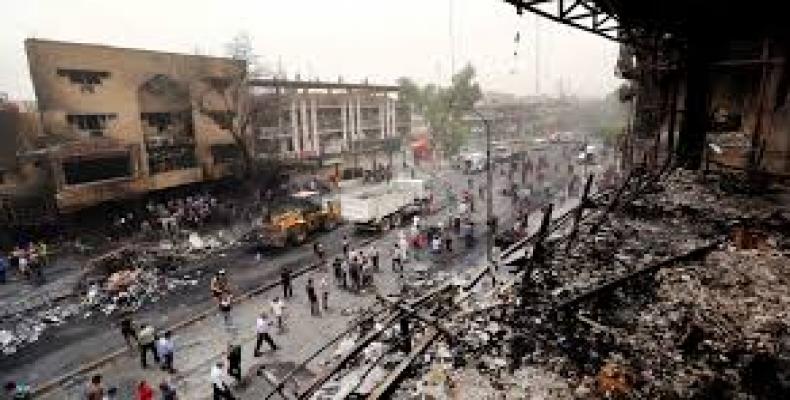 Baghdad, May 30 (RHC)-- The Islamic State group on Tuesday claimed responsibility for a suicide bomb attack at a busy commercial area in Iraqi capital of Baghdad that killed at least 11 people and wounded 75 others.

In an on-line statement, the group said that one of its members "carried out a suicide car bomb attack at a Shiite gathering."  The attack occurred around midnight on Monday when a suicide car bomber detonated an explosive-laden car outside an ice cream parlor in the predominantly Shiite neighborhood of Karrada in southern central Baghdad, an Interior Ministry source told reporters on condition of anonymity.

The attack came as the Iraqi security forces backed by the anti-IS international coalition are carrying out a major offensive to drive out the IS terrorists from their major stronghold in the western side of Mosul in northern Iraq.