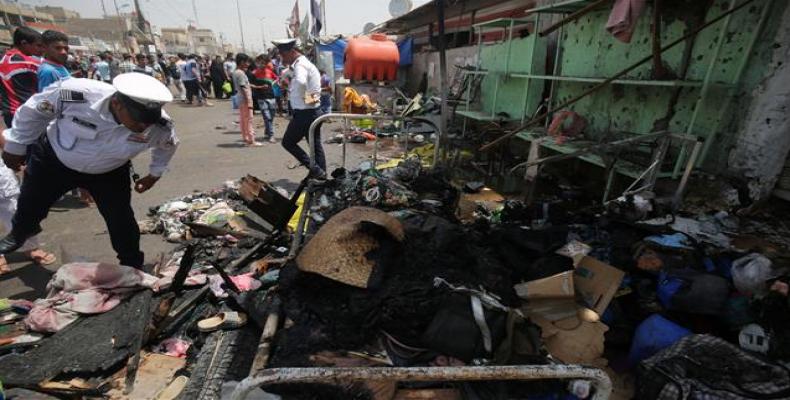 Baghdad, May 17 (RHC)-- At least 45 people were killed and 90 others injured in three bomb attacks in the Iraqi capital of Baghdad.

Iraqi officials said a blast in a marketplace in the northern district of al-Shaab on Tuesday killed at least 17 people and wounded 28.  A car bomb in the southern neighborhood of al-Rasheed reportedly left six people dead and another 21 wounded.  And a third bomb blast hit the Abu Ghraib area in western Baghdad, killing at least one person.

Responsibility for the attacks has not yet been claimed by any group or individual, but the Takfiri terrorist group of Daesh has been engaged in a heightened terrorist campaign in the Iraqi capital over the past days.  On Sunday, bomb attacks by Daesh killed at least 15 people in and around Baghdad.

The increase in the number of terrorist attacks has angered local residents, who blame the Iraqi government for failing to provide tighter security.  Iraqi Prime Minister Haider al-Abadi has said a political crisis sparked by his attempt to reshuffle the cabinet in an anti-corruption bid is hampering the fight against Daesh and is giving the terrorist group a freer hand to target the civilian population.

New estimates by the government show that Daesh now controls only 14 percent of Iraqi territory, down from the 40 percent it held in 2014, with top officials vowing to clear the entire Iraqi soil from militants in 2016.