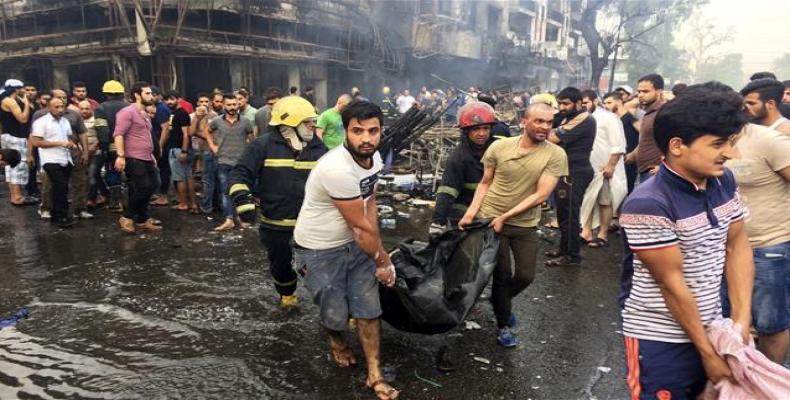 Baghdad, July 6 (RHC)-- Iraq's Health Ministry has announced that the death toll from the recent bombing attack in the capital Baghdad has risen to 250. The ministry’s early Wednesday toll makes the Baghdad attack the deadliest since the U.S. 2003 invasion on the Arab country.

Figures released earlier had talked of 213 people dead and more than 200 others wounded.

On Sunday, a vehicle packed with explosives was detonated in Baghdad’s Shia neighborhood of Karradah while families were shopping for Eid al-Fitr, marking the end of the holy Muslim fasting month of Ramadan.  On the same day, a second explosion occurred at an outdoor market in the Shaab neighborhood of southeastern Baghdad.

Iraq’s Interior Minister Mohammed al-Ghabban resigned on Tuesday. He said failure by the Iraqi government to provide security and intelligence was behind his resignation.