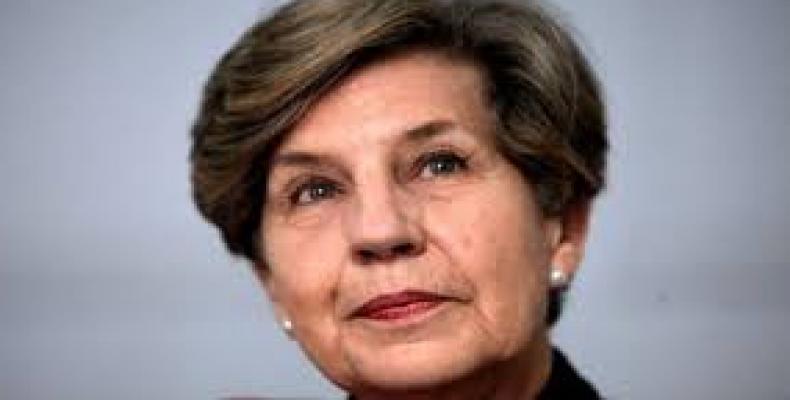 Santiago, July 11 (RHC-teleSUR), -- The daughter of late socialist leader Salvador Allende, Isabel, said Saturday that she is “more than ready” to run for the presidency of Chile.

Isabel, a politician from the Chilean Socialist Party, or PS, said she is not "wedded" to the idea of becoming president but emphasized that if her party ask for it she will fulfill the task.

Allende assumed the role of PS leader in May 2015, admitting the position put her in prime position for an eventual shot at the presidency.

Before a General Council of the PS meeting earlier on Saturday, Allende warned against a former President Sebastian Piñera presidency, the possible candidate put forward by the right-wing opposition whom she accused of fomenting "ghosts" over his constant criticism of the Michelle Bachelet administration.

Bachelet was elected president of Chile in 2013 for the second time, leading the New Majority coalition which is composed of left and center-left political parties including the PS.

"Former President Piñera has taken a leading role in the construction of this catastrophic imaginary, forgetting that he is part of the problem, and that he has been the emblem of the confusion between politics and business, and that his government couldn’t meet the students demands," Allende said.

Education has been at the center of the debate in Chile over recent years due to the country’s infamously expensive and poorly run system that has been steadily privatized.

During Piñera’s administration there were multiple protests and strikes conducted by students and teachers, who were met with repression by the "Carabineros" (military police) instead of long-term, viable solutions.

On Saturday, Allende said Piñera's administration had failed in launching and providing any major social reforms or advances in the modernization of the state.

Isabel Allende is a relative of the iconic author of the same name and the daughter of Salvador Allende, the elected president of Chile, who was toppled by the U.S.-backed Augusto Pinochet on Sept. 11, 1973.

She spent sixteen years of exile in Mexico before returning to Chile in 1989 during the last days of the Pinochet dictatorship.

The Socialist Party leader is highly popular in Chile but may face competition inside her own party as former President Ricardo Lagos, who served from 2000-2006, has indicated he may run as a candidate for the next election which is expected to take place by the end of 2017.