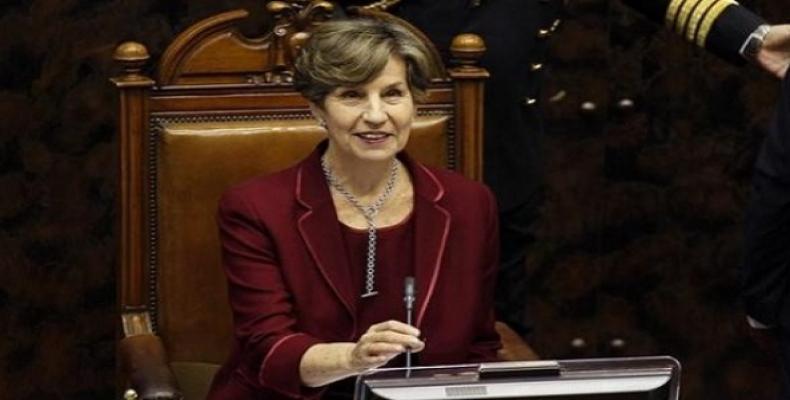 Santiago de Chile, November 3 (RHC)-- Isabel Allende, the daughter of former President Salvador Allende, has announced that she would not seek the presidency in 2017, backtracking only weeks after saying she intended to run for Chile's highest office.

In a statement, she said: "A few months ago I put my name forward at the disposal of my party for a possible presidential candidacy of the Socialists within our political coalition.  After deep reflection, I have decided not to continue in this disposition."  Isabel Allende denied that her decision was tied to support for another candidate and that she would remain as the head of the Socialist Party.

Isabel Allende of the Chilean Socialist Party is not to be confused with Isabel Allende the novelist, who is a distant relative of the former president.

Her departure from the race leaves former president Ricardo Lagos and former OAS head Jose Miguel Insulza as the two remaining primary candidates for the center-left coalition.  Whoever is chosen to represent the New Majority coalition will likely compete against conservative former president Sebastian Piñera, who ruled from 2010 to 2014.

He has yet to officially announce whether he will run for re-election, although he has said he could make an announcement early next year.  With a number of upstart leftist parties, there will also likely be a third candidate in the general election.

The New Majority coalition faces an uphill battle to win re-election.  Sitting President Michelle Bachelet has dismal approval ratings and faced consistent protests by students, who charge that her education reforms fall short of expectations, as well as mass protests calling for the end of the country's private pension system.