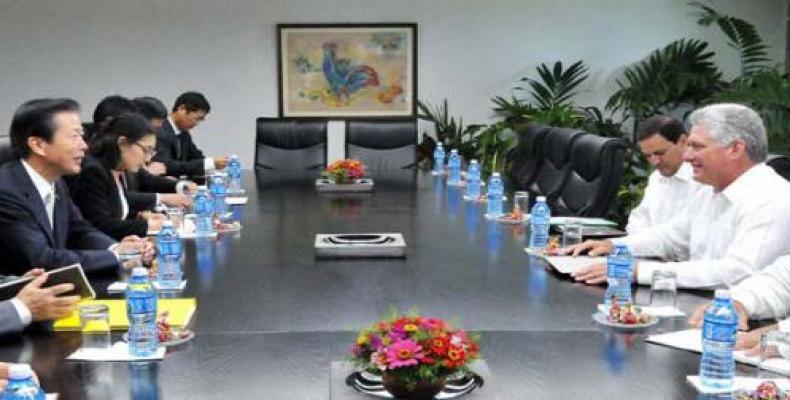 Havana, September 7 (RHC)-- Vice President Miguel Díaz-Canel met Thursday with a Japanese delegation headed by Natsuo Yamaguchi, President of the Komeito Party, who are visiting Cuba on the invitation of the Communist Party of Cuba (PCC).

During the meeting, which took place in a fraternal atmosphere, the two sides reaffirmed the interest of both countries in strengthening the ties which unite the peoples of Cuba and Japan, as well as in expanding political, economic and cooperative relations.

The distinguished visitor and his delegation toured sites of scientific and economic interest, and met also with Foreign Minister Bruno Rodríguez, Vice President Ricardo Cabrisas and with other senior officials of the PCC Central Committee.