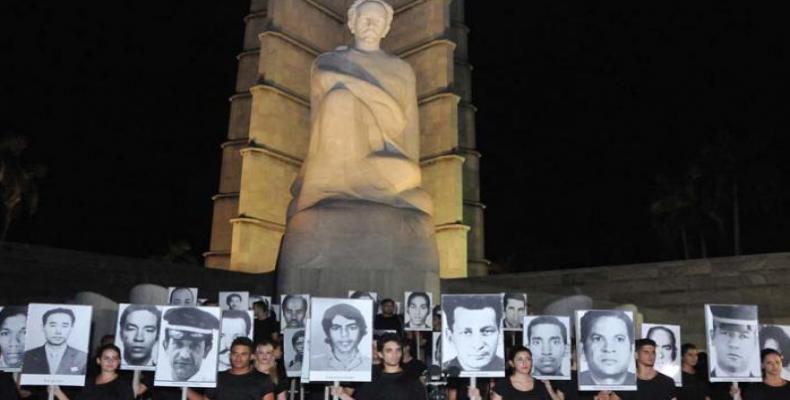 Havana, October 6 (RHC)-- Hundreds of students, athletes and workers, representing the entire Cuban people held a vigil on the eve of Thursday, October 6, at Havana's José Martí Memorial in honor of victims of terrorism.

October 6th is Day of Victims of State Terrorism here in Cuba in remembrance of the 73 people killed in the 1976 mid-flight bombing of a Cuban airliner off the coast of Barbados. The date serves to pay homage also to the thousands of victims of terrorist acts against Cuba over more than 50 years.

Four decades after the horrendous crime in Barbados, the Cuban people continue demanding that justice be done for the victims of this and many other terrorist acts against our country.