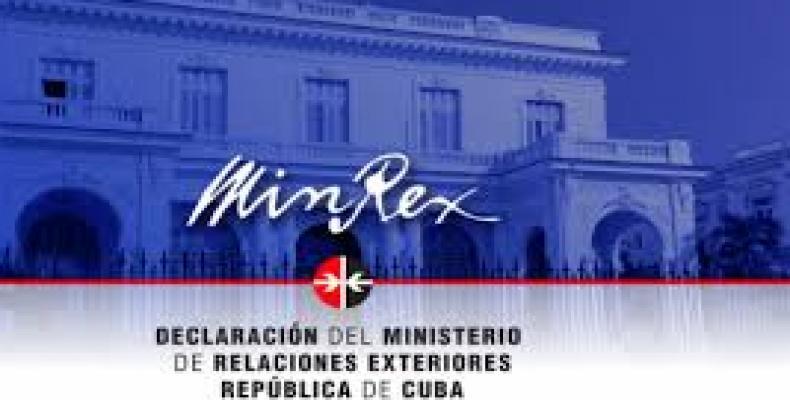 Havana, June 1 (RHC)-- The Cuban Foreign Ministry issued a statement Monday morning, June 1st, condemning the inclusion of Cuba on a U.S. State Department list of countries that supposedly do not cooperate in the fight against terrorism.

The Declaration of MINREX states that this is a unilateral and arbitrary list, without any basis, authority or international support and, as is known, serves only the purposes of defamation and coercion against countries that refuse to abide by the will of the United States Government in its sovereign decisions.

The main argument used by the United States Government was the presence in Cuban national territory of members of the peace delegation of the National Liberation Army (ELN) of Colombia.

As requested through diplomatic channels, the Ministry of Foreign Affairs is asking the government of Colombia to explain its position as to the role of the guarantors of the Colombian peace process, particularly that of Cuba.

The Cuban Foreign Ministry urges the government of Colombia to state its official position concerning the inclusion of Cuba on the list created by the U.S. State Department and explain the role and posture of its officials during the previous exchanges that took place with the US concerning that matter.

As a country which has been a victim of terrorism, Cuba deplores any form of manipulation and political opportunism when dealing on such a sensitive issue.