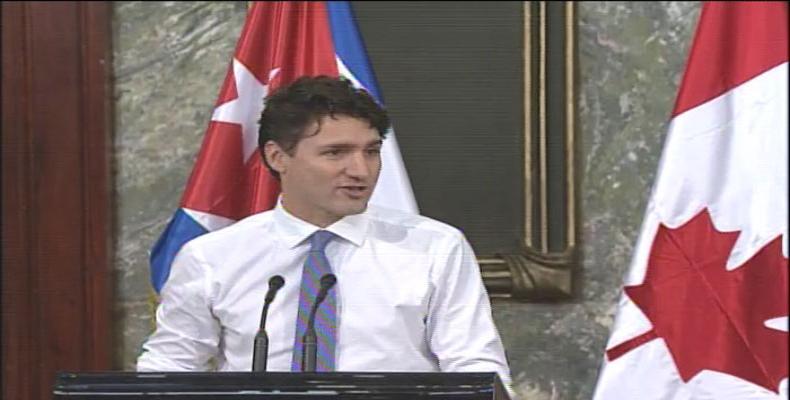 Havana, November 17 (RHC)-- During his official visit to Cuba, Canadian Prime Minister Justin Trudeau spoke at the University of Havana.  Answering questions put to him by students, he said that Canada will not change its decision to maintain diplomatic relations with Cuba, even if that stance is at odds with new president-elect of the United States, Donald Trump.

When asked about the U.S. blockade against Cuba, the election of Donald Trump and concerns about the future of Canada-Cuba relations, Trudeau tried to calm curious Cuban university students he was addressing.

"For me, election results in the United States won't change the strong relationship that is a friendship and a partnership between Canada and Cuba," Trudeau said.

Trudeau said Canada doesn't see a contradiction or issue with being a steadfast and unflinching friend to Cuba and being an ally of the United States. He said the foreign affairs stance is one way Canadians reassure themselves "that we are our own country, that we make our own choices."

"We disagree with the approach the United States has taken with Cuba.  We think that our approach is much better -- of partnership, of collaboration, of engagement."