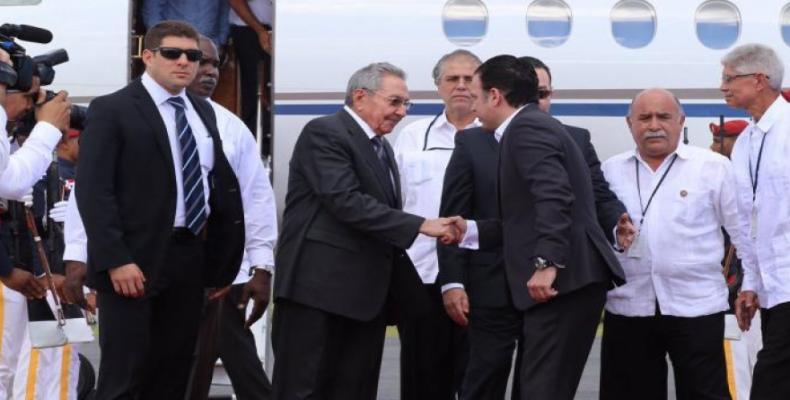 Bávaro, January 25 (RHC)-- President Raúl Castro is heading the Cuban delegation to the 5th Summit of Heads of States and Government of the Community of Latin American and Caribbean States (CELAC).

President Raúl Castro was the first regional leader to arrive Tuesday to the Dominican Republic's Punta Cana International Airport. In statements to the press at the airport, the Cuban leader sent warm regards to the Dominican people on behalf of the Cuban government and people.

President Raúl Castro was welcomed at the airport by Dominican Deputy Foreign Minister Hugo Rivera Fernández, who said that the Cuban president's presence at the summit would 'strengthen the historic ties of friendship amongst all Latin American and Caribbean countries.'

In statements to Cuban press, Fernández said: "Cuba's participation in this CELAC meeting, where all the peoples of Latin American and the Caribbean are united, is of the utmost importance. CELAC is an body for dialogue between our peoples."

Cuba is attending the Summit with the certainty that the event represents a new opportunity to continue working to solidify policies, unity and Latin American and Caribbean integration for the benefit of our peoples.