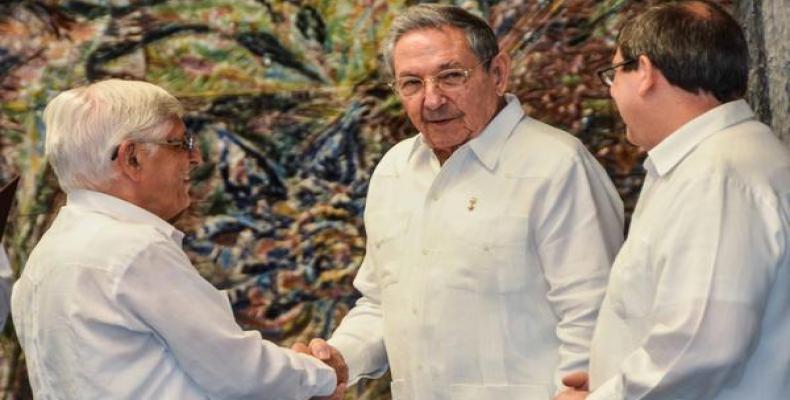 The solemn oath, which took place on Sunday at the Palace of the Revolution, was especially dedicated to the historic leader of the Cuban Revolution, Fidel Castro -- the fundamental architect of foreign policy whose work and legacy will remain a paradigm for revolutionary foreign policy.

Rogelio Sierra Díaz, Deputy Minister of Foreign Affairs (MINREX), in his words to the new ambassadors, said that as diplomatic representatives before other governments and peoples, they must defend Cuba and be examples of ideological firmness, modesty, courage and dignity.

He also stressed the need to prioritize in the international arena the fight against the U.S. blockade against Cuba for more than half a century, to promote trade and investment, and expand cooperation and financial relations with other nations.

On behalf of the new ambassadors who signed the oath, Josefina Vidal Ferreiro, emphasized the high honor represented by this mission and the commitment and responsibility with the continuity of the revolutionary diplomatic tradition.