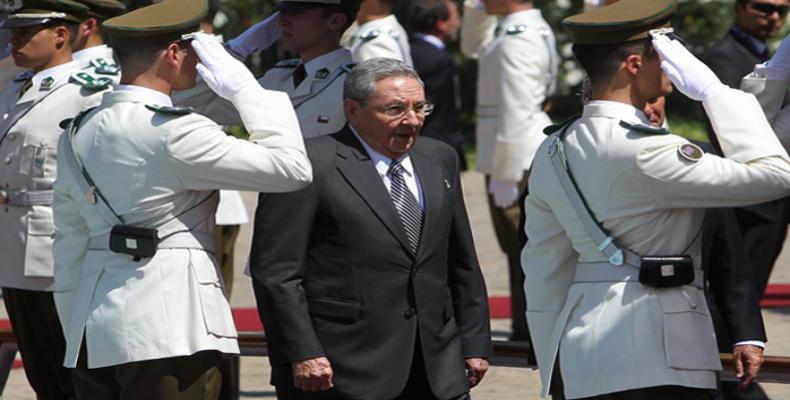 San José, January 27 (RHC) -- Cuban President Raul Castro arrived Tuesday in Costa Rica to participate in the Summit of the Heads of States and Governments of the Community of Latin American and Caribbean States (CELAC) taking place January 28 – 29 in that Central American country.

The Cuban leader was welcomed at the international Juan Santamaría Airport, in the capital, San José, by Costa Rican vice president Ana Elena Chacón. Upon his arrival the president greeted the press and a group of local children that waved Cuban and Costa Rican flags.

Raul Castro is to take part in the CELAC Summit, which this year centers its debates on poverty eradication.

CELAC, a regional integration bloc, was created on December 2011 at the initiative of late Venezuelan leader Hugo Chavez.