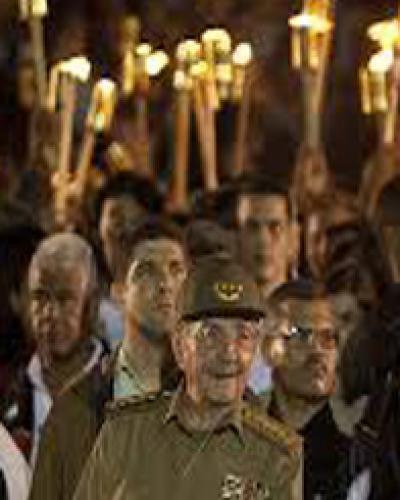 The parade stretched for approximately half a mile, from the University of Havana to the Fragua Martiana, the site where a young Jose Marti suffered imprisonment and hard labor.

The march this year also paid tribute to the late Comandante Fidel Castro, historic leader of the Cuban Revolution. Along the way, students held signs and photos of Fidel and Marti.

In a speech before the beginning of the march, the president of the University Students Federation, Jennifer Bello, called on the youth to stay firm to principles at pivotal times like these.