Venezuelan President in Cuba for Tribute to Marti and Fidel 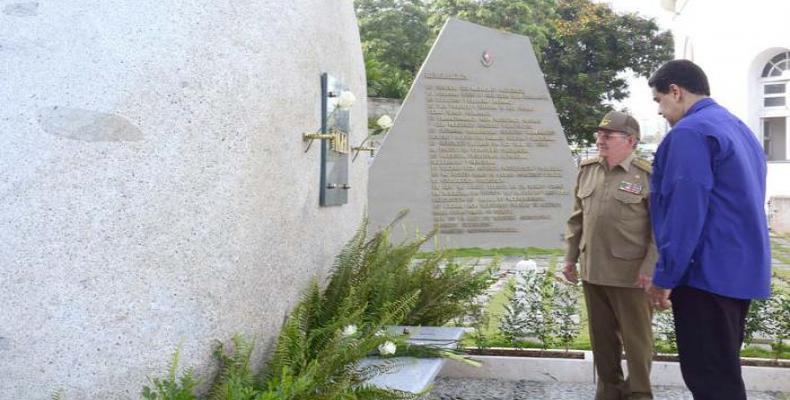 Havana, August 16 (RHC-PL)-- Venezuelan President Nicolas Maduro paid a visit to Cuba during which he honored National Hero, Jose Marti, and revolutionary leader Fidel Castro, on the 91st anniversary of his birth this Sunday.

The visiting Venezuelan president laid flowers before the tomb of José Martí and in front of the granite stone holding the ashes of Fidel Castro.