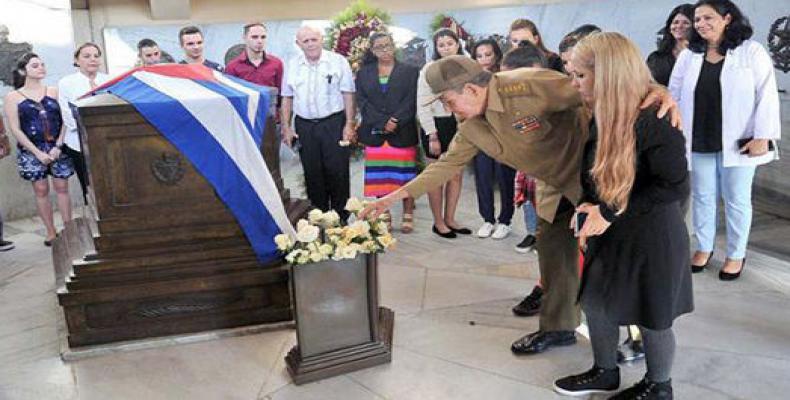 President Raúl Castro invited the young girls and boys from different regions across Cuba to participate in the solemn tribute to Fidel, National Hero José Martí and other Cuban independence martyrs and heroes.

During an informal conversation with the young Cubans after the visit to the Cemetery, the Cuban leader referred to the cochlear implant program as one of the most sensitive health care programs undertaken by the Revolution. The patients expressed their eternal gratitude for the implant itself and all the support they and their families have received.

They agreed that the hardest time was during recovery, which they said is a complex process that lasts for several years and demands redoubled efforts from the patients and their families, teachers and health experts alike.

Dr. Sandra Bermejo, an audiology expert with the Cuban Health Ministry, said cochlear implant surgery is an expensive procedure, averaging between $50,000 and $60,000 for patients in many countries around the world.  Here in Cuba, the procedure is totally free of charge.