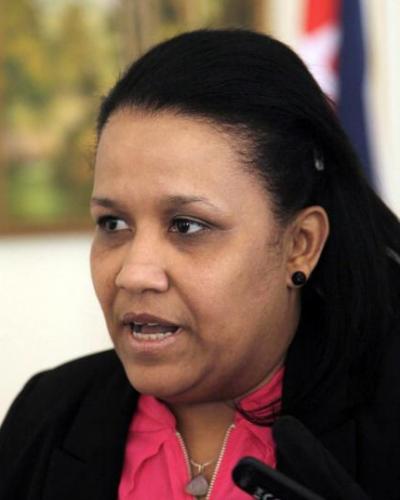 More than 200 people attended the homage-paying ceremony held over the weekend at the Malcolm X and Dr. Betty Shabazz Memorial and Educational Center in Harlem. The program included artistic presentations, keynote speakers, audiovisual materials and a small religious ceremony.

Organizers said the ceremony was to thank the late revolutionary leader and the Cuban Revolution for their long history of support for and solidarity with oppressed people the world over, and specially African Americans and Latinos in the U.S.

Addressing those present, Ambassador Rodríguez described as unforgettable the warm welcome Harlem residents gave to Fidel during his visit to the United Nations in 1960.

The Cuban diplomat thanked the ever-larger numbers of U.S. citizens who  oppose Washington's nearly six decades-old blockade policy toward Cuba and favor normalized bilateral ties. She reiterated that the Cuban people will always be loyal to Fidel, his ideas and the revolution he started in 1959, based on of strong principles of sovereignty, independence, internationalism and solidarity.