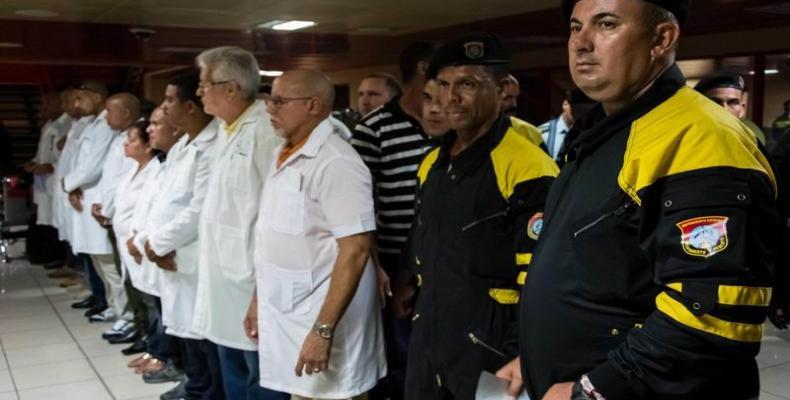 Havana, April 18 (RHC)-- Cuba has sent a contingent of its Henry Reeve International Medical Brigade to Ecuador in the wake of a 7.8 magnitude earthquake that shook the South American country over the weekend.

The contingent, made up of a total of 53 health professionals, was seen off Sunday afternoon at Havana's José Martí International airport by Cuban Health Minister Roberto Morales. A Cuban search and rescue team also traveled to Ecuador to provide assistance to the sister South American nation.

They have now joined the more than 700 Cuban collaborators who are currently offering their services in Ecuador as part of existing cooperation programs.

Founded by Revolution leader Fidel Castro in 2005, Cuba's Henry Reeve International Brigade is made up of highly-skilled Cuban and Cuba-trained foreign health professionals specialized in epidemics and disaster situations.

The earthquake that shook Ecuador Saturday night is regarded as the strongest that has hit the country since 1979. It was also felt in Peru and Colombia.