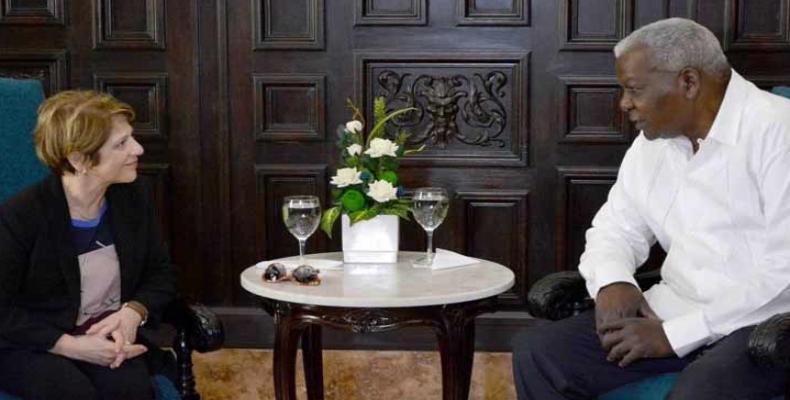 Havana, April 11 (RHC)-- The President of the National Assembly of People's Power, Esteban Lazo, received the Special Rapporteur of the UN on the human rights of victims of trafficking in persons, especially women and children, Maria Grazia Giammarinaro, who is on an official visit to Cuba.

During the meeting, Lazo ratified Cuba's policy of zero tolerance against any manifestation of that illegal trade, and the government's willingness to confront this serious crime.

The top Cuban lawmaker referred to the important work of the parliament and its standing committees in the follow-up of the national anti-trafficking plan 2017-2020, as a tool for state entities and civil society organizations to protect victims.

Subsequently, the UN Special Rapporteur met with a representative of the Commission on Attention to Youth, Children and Equality of Women's Rights and is scheduled to meet with the Cuban Minister of Justice, María Esther Reus.