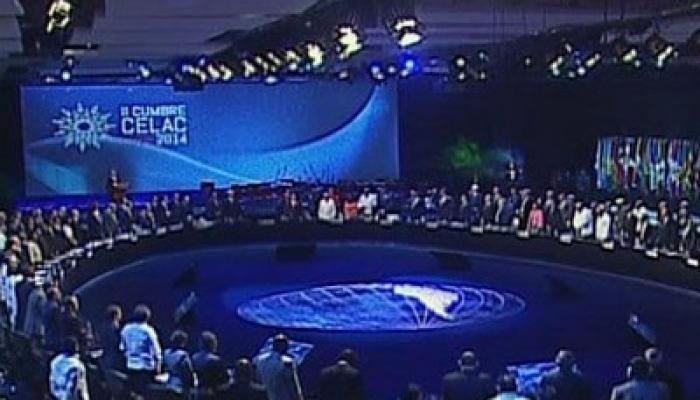 Havana, January 29 (RHC) -- The Second Summit of the Community of Latin American and Caribbean States, CELAC, closes sessions on Wednesday in Havana after days of intense and fruitful work in favor of the integration and collective development of the peoples of Latin America and the Caribbean.

During the last day of sessions, the Heads of State and Government of the 33 CELAC member countries signed the Havana Declaration that aims to strengthen the role of CELAC as a catalyst of regional unity and peace.

The declaration focuses on the major issues affecting the region, including combating hunger, poverty and inequality, as well as disarmament and the situation of the Native American and Afro-Descendant communities.

The document also expresses support for Argentina’s sovereign claim over the Malvinas Islands and rejects the U.S. economic blockade of Cuba and blacklisting of the Caribbean island as a state sponsor of terrorism by the U.S. State Department.

Similarly, the leaders approved the organization's action plan for the current year and other special communiques, while Cuba handed over CELAC's one-year rotating presidency to Costa Rica.

The Summit of Heads of State began on Tuesday with a posthumous tribute to Venezuelan leader Hugo Chavez, recognized as one of the founders of this regional mechanism. On Tuesday evening, participating leaders and guests attended a cultural gala and dinner at the Palace of the Revolution, seat of government in Havana.