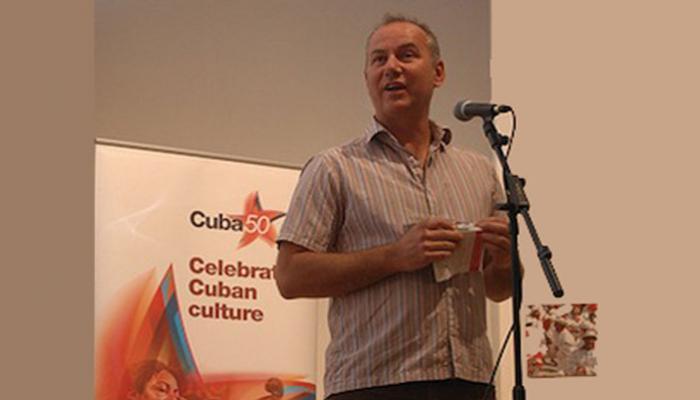 Pinar del Rio, May 2 (RHC-PL)-- Robert Miller, a London resident who is the director of the Cuba Solidarity Campaign, describes Cuba as a symbol of unity and conviction that a better world is possible.

The activist, who participated for the first time in the May Day parade in Pinar del Rio, praised the Cuban people, who have long resisted the hostile U.S. blockade.

Miller said that the resistance of the Cuban people “makes them an example to the world,” adding that “the march of unity was incredible.”

Robert Miller first visited Cuba in 1978, when he participated in the 11th World Festival of Youth and Students.  Today, he leads the Cuba Solidarity Campaign in London, which gathers together men and women from the United Kingdom who promote Cuba's reality.

The solidarity organization played a key role in the struggle for the return home of the Cuban Five -- Gerardo, Ramón, Antonio, Fernando and René -- who were serving long prison sentences in the United States for protecting their people from terrorist attacks.