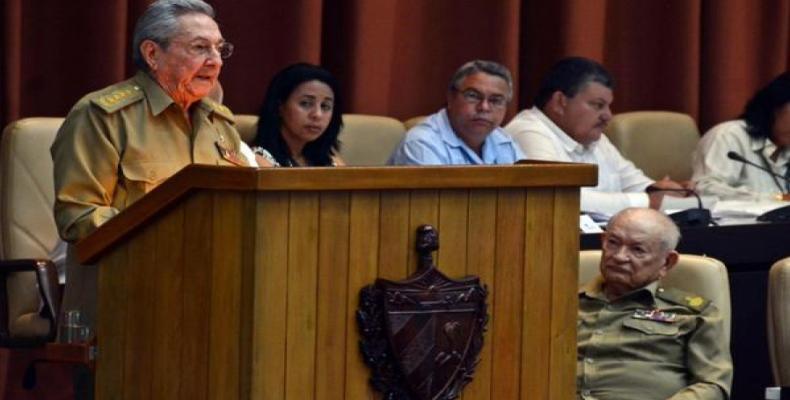 During the session held yesterday, deputies approved several modifications to the Conceptualization of the Cuban Economic and Social Model of Socialist Development, and the Economic and Social Policy Guidelines of the Party and the Revolution for the period 2016-2021.

According to reports, information regarding the foundations for the National Social and Economic Development Plan through 2030 was also presented.

On Thursday morning, after work commissions presented their reports, lawmakers discussed and passed the Party’s guiding documents, which have been submitted to a broad process of popular consultation.

President Raul Castro delivered the closing address of the Extraordinary Session of the National Assembly of People's Power on Thursday.  He said that the documents approved today by the deputies of the Cuban parliament reaffirm the socialist character of the Revolution and the role of the Communist Party of Cuba.