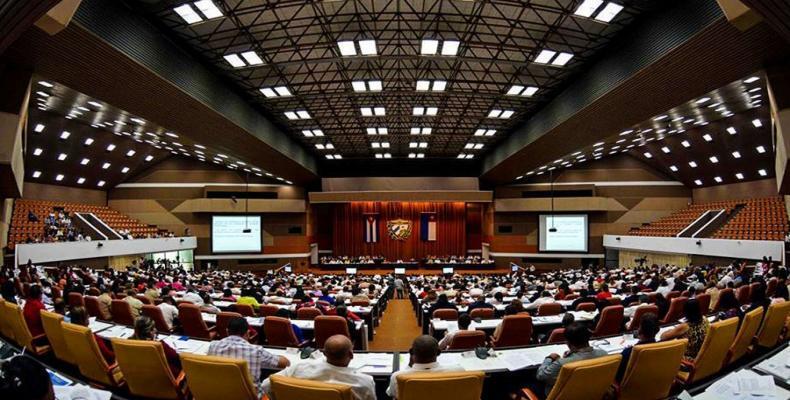 Havana, October 9 (RHC)-- Cuban lawmakers, meeting in Havana before the 4th Extraordinary session of the 9th Legislature of the National Parliament scheduled for Thursday, were briefed about the country’s current economic situation and prospects, the results of the main measures implemented to face the island’s energy crisis and the actions to boost the national economy, amidst the reinforcement of the US blockade.

During the meeting, various ministers referred to investments in the sectors of industry, transport, construction, tourism, and food production, among others.

Economy Minister, Alejandro Gil, noted that there is stability in food supply since there are enough resources, and called for the permanent application of saving measures, while the minister of Agriculture, Gustavo Rodriguez, mentioned some of the actions under his watch like the increase of potatoes production from 6 thousand to 13 thousand hectares, and efforts to continue the recovery of bovine cattle.

Addressing lawmakers, President Miguel Diaz Canel said that during his tour island-wide to oversee the implementation of the measures, he could perceive the leadership capacity of cadres and people’s support.

He reiterated that the United States remains committed in its fierce persecution of businesses with Cuba, and efficiency and savings should be part and parcel of everyday life.

Diaz Canel noted that notwithstanding the fuel shortages, authorities did not resort to extreme measures and that the actions have strengthened people’s unity. The situation also served to prove that the Cuban Revolution is not isolated and that it has lots of friends around the world.

The president added that in most places, not only people followed the given instructions, people got creative and came up with new measures and organizing approaches, and people thought differently.

In his opinion, that is what has allowed the country to face the situation successfully.