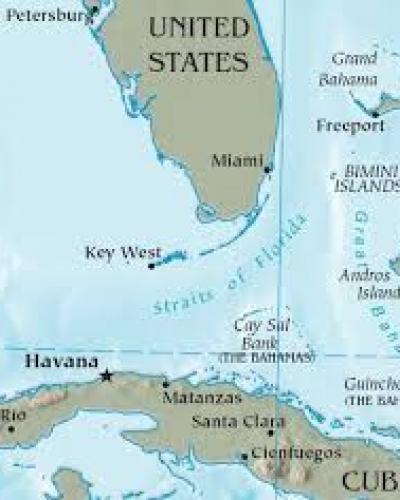 Key West, July 20 (RHC/MarineLink)-- An world speed record attempt in powerboat racing is scheduled to take place in August when Captain Nigel Hook and the crew of his boat SilverHook will try to achieve the fastest crossing from the U.S. to Cuba and then back.

Captain Hook will try to set two speed records in what is considered the most technically-advanced offshore monohull race boat in the world. First he will go for a one-way speed record from a point just off the Florida Keys to Havana. Then if the record is established, part two will be an equally-fast or faster return trip, for a two-way record.

The speed record attempt will begin at 6:30 a.m. on the morning of August 17, in Mallory Square, Key West. The timer will stop when SilverHook reaches the channel marker in front of El Morro Castle in Havana.  Owned and captained by Englishman Nigel Hook, and co-piloted by powerboat veteran Jay Johnson, the SilverHook is a 48 feet long boat powered by two Mercury Racing engines that can produce a combined top speed of nearly 168 miles per hour in calm conditions.