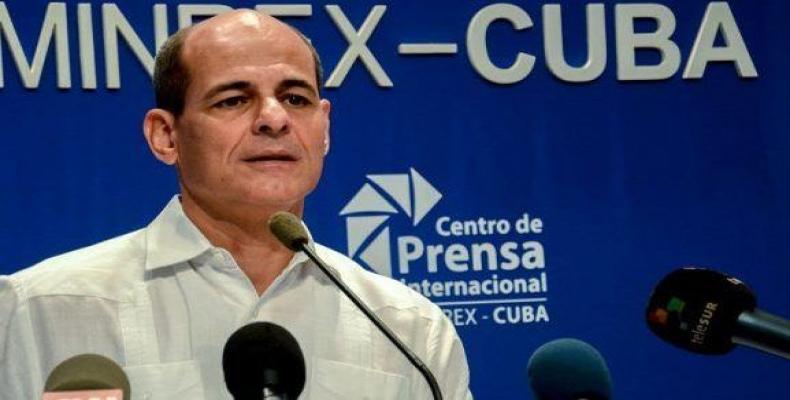 Havana, October 6 (RHC)-- Cuba has strongly condemned the passage by the U.S. House of Representatives of a legislative initiative that clearly reflects Washington's intention to interfere in the internal affairs of Nicaragua.

Cuban Deputy Foreign Minister Rogelio Sierra told the press in Havana on Friday that the Nicaraguan Investment Conditionality Act of 2017, known as the NICA Act, constitutes an act of aggression against the people of Nicaragua.

“The unanimous approval of the NICA Act by the House of Representatives is a flagrant violation of the sovereignty of the Central American nation and of international law,” said deputy minister Sierra.

Speaking from the headquarters of the Cuban Foreign Ministry in Havana, the senior diplomat said the legislative initiative is yet another maneuver perpetrated from U.S. soil against a sister nation of 'Our Americas.'

The NICA Act aims to cut the government of Nicaragua off from loans by international financial institutions.

The initiative will now move on to the U.S. Senate for debate. If approved, it would provide for imposing a U.S. economic and financial blockade on Nicaragua.

Deputy Foreign Minister Sierra described the NICA Act as a unilateral, coercive, irrational move against the Nicaraguan nation and people.  He reiterated Cuba's full support for and solidarity with the government of Nicaragua, President Daniel Ortega and the ruling Sandinista National Liberation Front.