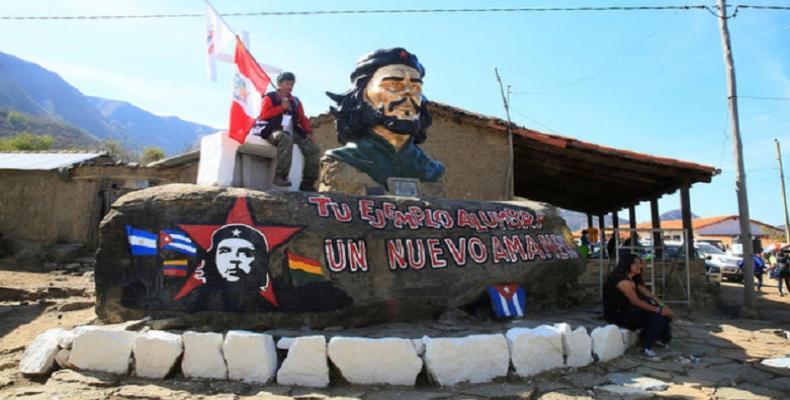 Bolivia’s President Evo Morales, who had camped in an tent at the village since the night before, addressed the crowd on Monday.   During the ceremony – with the presence of Cuban Vice President Ramiro Valdez and the Cuban delegation he headed to Bolivia – Evo Morales pointed to the importance of Che's thinking in these current times.   The Bolivian president called for the defense of internationalism and non-intervention, in the light of threats by powerful nations against the rest of the world.

In his remarks, Evo Morales also expressed Bolivia's solidarity with the Venezuelan people and their president, Nicolas Maduro, who are facing increasing pressures from the United States.

Over the weekend, before Monday's activity began, the Bolivian president wrote on his Twitter account: “50 years later, the legend of Ernesto Che Guevara lives in the youth, in their unquestionable struggle for equality and liberation.”

Artists, activists, veterans of the Cuban Revolution and Che Guevara’s children gathered to commemorate the revolutionary hero in Vallegrande, where he was buried in a hidden, unmarked grave in 1967 before his remains were moved to Cuba 30 years later, in 1997.