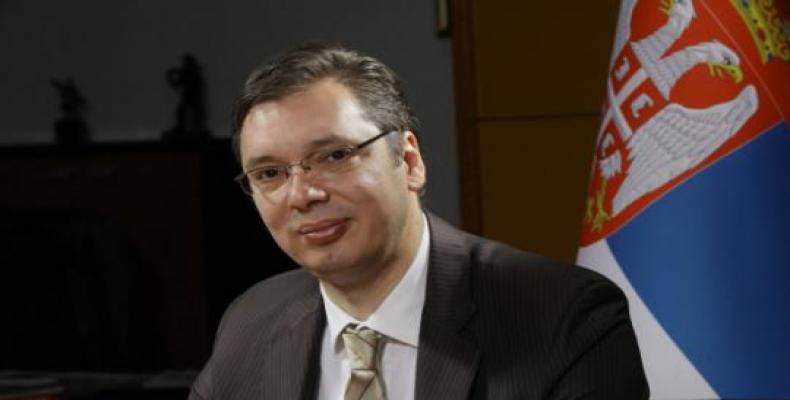 Havana, December 13 (RHC)-- The President of the Republic of Serbia, Aleksandar Vučić, arrives in Cuba on Wednesday for an official visit.

During his stay, the distinguished visitor will hold official talks with Cuban President Raul Castro, and will carry out other activities.

Havana and Belgrade will celebrate the 75th anniversary of the establishment of diplomatic relations next year.

Vučić, was born on March 5, 1979. He is a politician and lawyer, and was elected president of the European nation last May, representing the Serbian Progressive Party.

From April 2014 to May 30 of this year, he held the position of Prime Minister.

When he announced his visit to the island last October, Vučić, said that Serbia feels great friendship and appreciation towards Cuba.