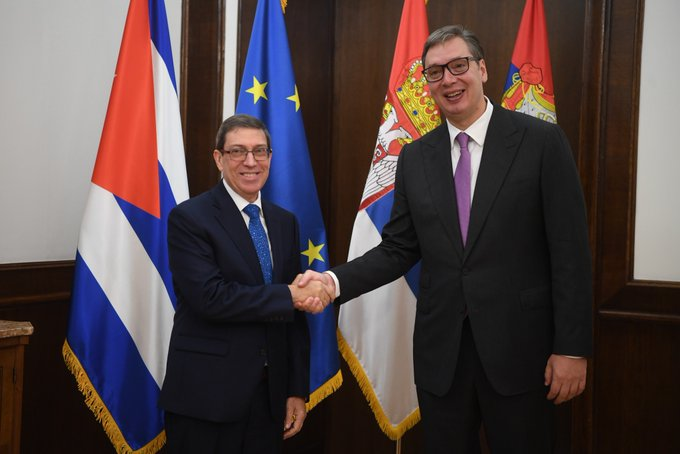 Rodriguez is on an official visit to the European country to celebrate 120 years of uninterrupted diplomatic relations between the two nations, to be observed on November 4, 2022.

On Twitter, the top Cuban diplomat said that during the encounter, they ratified the historical ties of friendship that united the two countries and confirmed the existing potential to expand economic, commercial, and cooperation relations in sectors of mutual interest.

During his visit, the Cuban Foreign Minister has held meetings with his counterpart,  Nikola Selakovi, and the Speaker of the National Assembly,   Vladimir Orlić.