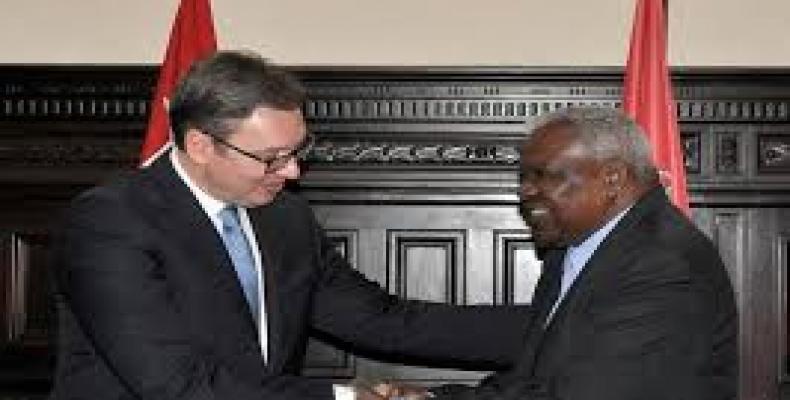 Havana, December 14 (RHC)-- Cuban Parliament President Esteban Lazo met Thursday in Havana with the President of the Republic of Serbia Aleksandar Vucic, who is here on an official visit at the invitation of President Raúl Castro.

The president of the Balkan state arrived in Havana Wednesday.  He was welcomed at the José Martí International Airport by Cuban Deputy Foreign Minister Rogelio Sierra.

During his stay, which runs through Saturday, the Serbian head of state will hold talks with his Cuban counterpart Raúl Castro and will pay tribute to Cuban National Hero José Martí and Revolution leader Fidel Castro.