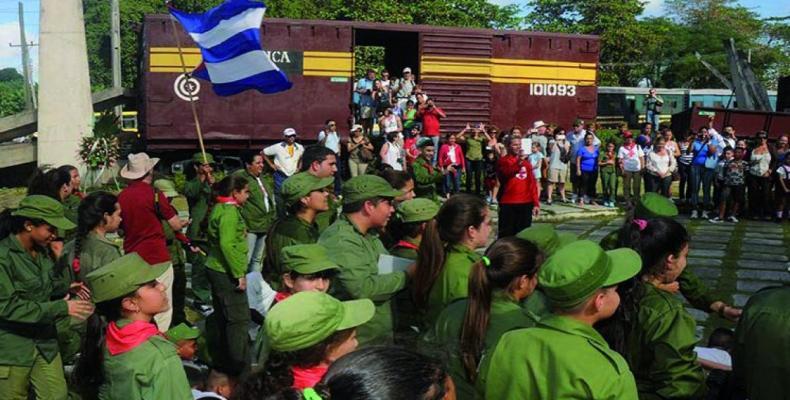 Santa Clara, December 27 (RHC)-- Students from the Cuban province of Villa Clara paid tribute Wednesday to Commander Ernesto Che Guevara on the occasion of the 59th anniversary of the capture of the city of Santa Clara, then held by forces of dictator Fulgencio Batista.

The remembrance of the feat of the Heroic Guerrilla and his companions took place in front of the Sculptural Complex that bears his name.

They also met with veteran combatants of the Rebel Army, and attended the presentation of a work by the La Colmenita children's company, dedicated to Che Guevara.

During the rest of the week, young people will symbolically reenact the scenarios in which Che developed the fighting in the last days of 1958.