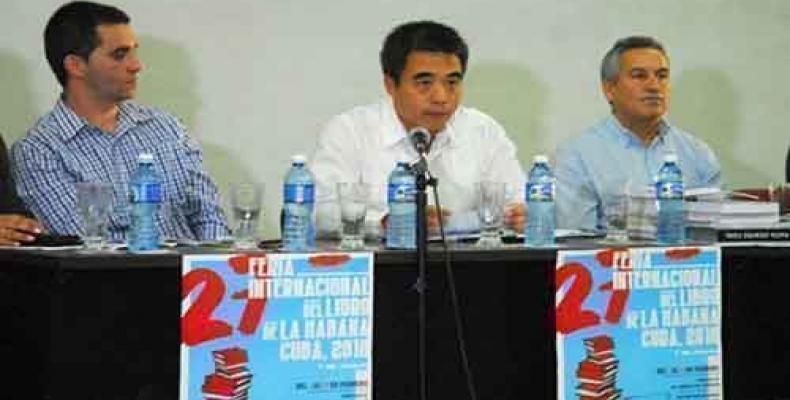 Havana, January 25 (RHC-ACN)-- Publishers and authors from more than 40 nations will participate in Cuba's 27th International Book Fair, which is this year dedicated to Havana Historian Eusebio Leal Spengler and also has China as guest country of honor. Also on hand will be 400 foreign guests.

In statements to the press, the Director of the Cuban Book Chamber, Sonia Almaguer, announced the confirmation of 122 exhibitors, 60 Cubans and the rest from 22 countries, among them Peru, Spain and Panama. She further said that this year's book fiesta will include the Digital Cuba project led by Cuba Literaria with the support of other Cuban publishing houses.

Edel Morales, the Director of the Literary Program and Vice President of the Book Institute, said Havana venues include the Morro-Cabaña fortress, overlooking the Havana bay, and a network of 22 other venues among them the University of Havana, Pabellón Cuba, the Cuban Association of the United Nations and the ALBA Cultural House.

The president of the Organizing Committee and the Cuban Book Institute, Juan Rodriguez, said that Cuban publishing houses will present over 600 new titles with over 2 thousand copies, 4 thousand titles in all and 4 million book copies.