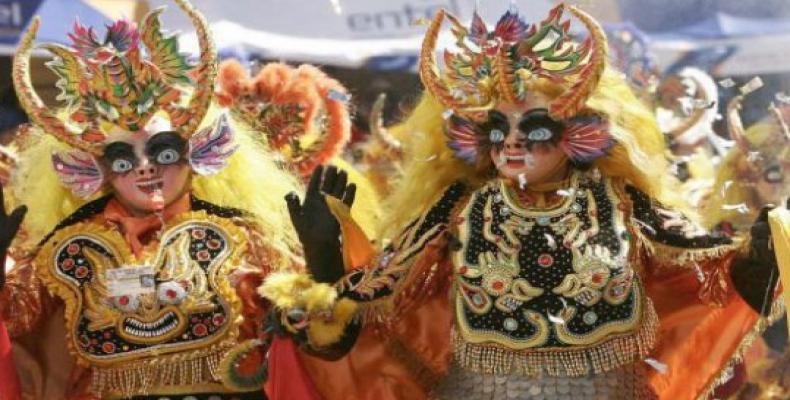 La Paz, August 8 (RHC) – More than 300 titles, the history of Oruro’s Carnival, ‘la saya’ and ‘los macheteros’ dances stand out among the initiatives that Bolivia is bringing to the International Book Fair 2020.

Bolivia’s Minister of Culture and Tourism, Wilma Alanoca, thanked Cuban authorities for the invitation during the launching of the Cuban event at La Paz International Book Fair. Alanoca announced that the Bolivian delegation will be made up of national award winning writers, publishing houses, representatives of the South American country’s Culture and Tourism Ministry, La Paz book chamber and other top officials. The President of Laz Paz Book Chamber, Carlos Osterman, said that the Cuban invitation is an opportunity for it to show what Bolivia is through its writers and publishers.

For his part, the Director of the Dulce María Loynaz Center, Josué Pérez, recalled the beginnings of the Cuban event in 2000, when the historical leader of the Cuban Revolution, Fidel Castro, said that culture was the first thing to be saved after the economic crunch of the 1990’s, known as ‘the Special Period’. Pérez highlighted that the Cuban Book Fair kicks off at the San Carlos de la Cabaña Fortress in February on the island’s capital and winds up in April in the eastern province of Santiago de Cuba.