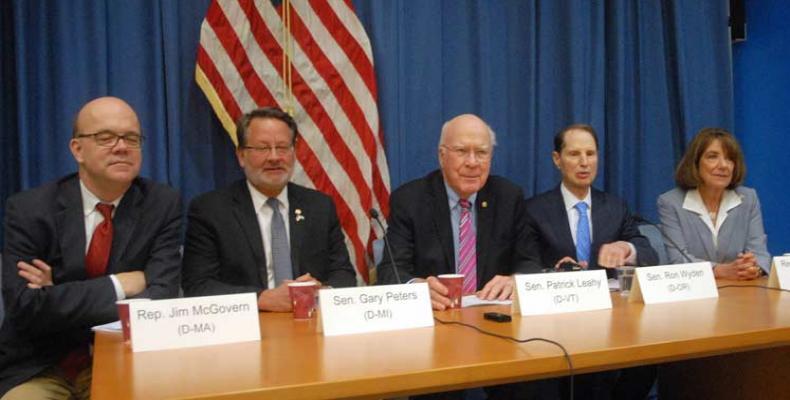 Havana, Feb 22 (RHC)-- A bicameral delegation from the U.S. Congress has concluded a three-day visit to Cuba.  During their stay, the U.S. congresspeople met with Cuban authorities and entrepreneurs and debated bilateral relations, especially the impact of the aggressive policies of the current U.S. administration.

Before wrapping up their visit, the U.S. delegation, led by Senator Patrick Leahy of Vermont, held a press conference at the U.S. Embassy in Havana, during which they advocated the return to Cuba of the personnel pulled out from the U.S. embassy in Cuba after reports of still unexplained health incidents affecting U.S. diplomats in Havana.

They also called for the continuity of the investigations to clarify the incidents, which is being used by some sectors of the United States as a pretext to damage bilateral ties.

Senator Leahy praised the cooperation of the Cuban Government in the quest for the truth, saying that neither he nor his colleagues were afraid to come to Cuba, because they knew that there is no danger at all.

The U.S. legislators supported the resumption of the process begun in December 2014 towards normalized relations between the two countries and criticized the U.S. blockade against Cuba and President Donald Trump's policies, which threaten to reverse progress achieved thus far.