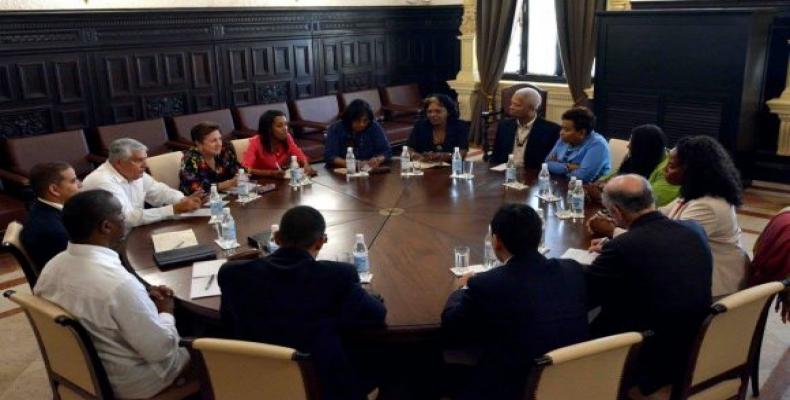 The delegation, made up of four U.S. congresspeople, is being headed by U.S. Representative Barbara Lee, a Democrat from California.

The U.S. visitors were also received by the Director for the United States at the Cuban Foreign Ministry Josefina Vidal.

The U.S. Black Congressional Caucus is one of the groups within the U.S. Congress representing African-American Congresspeople -- mostly Democrats.