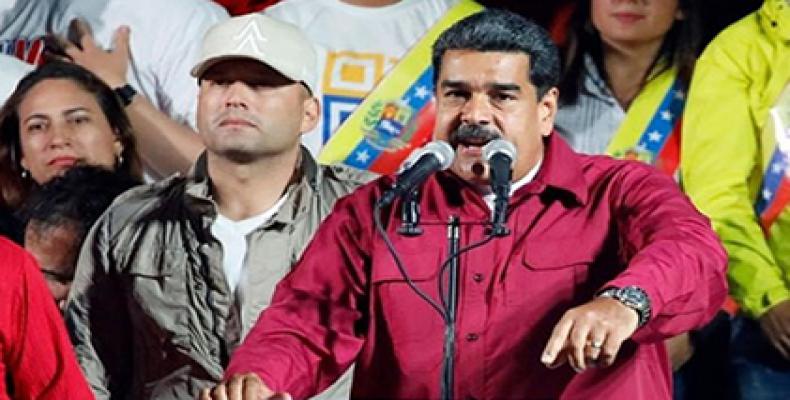 In his message, former president and Communist Party leader Raul Castro said: “With revolutionary pride, I send you, in the name of the Cuban Communist Party as well as my own, the warmest congratulations for your transcendental electoral victory.”

“The brave Venezuelan people have once again displayed loyalty and commitment to the Bolivarian and Chavista revolution.,” wrote Raul Castro.

In conveying his congratulations to Nicolas Maduro, Cuban President Miguel Diaz-Canel said: “The Bolivarian and Chavista community has demonstrated once again it's determination in defending the legacy of Chavez, who you worthily represent.”

Diaz-Canel added that the Cuban Government will be supportive and offer solidarity regarding any new challenges faced by Mauro’s Government in the new six-year presidential term.