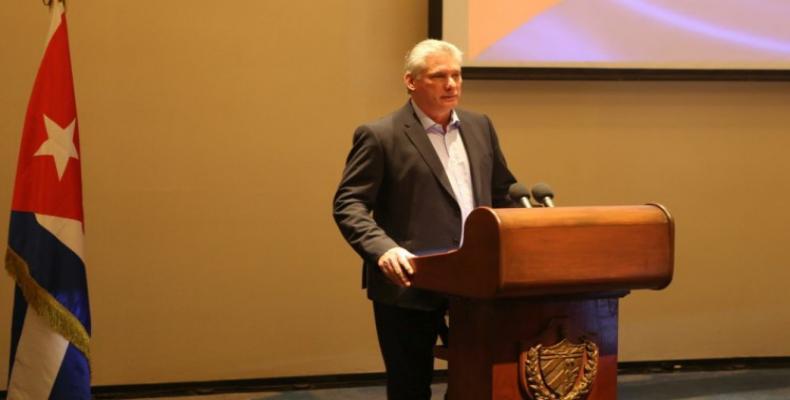 Buenos Aires, December 10 (RHC)-- The Union of Cuban Residents in Argentina (URCA), which brings together some 500 fellow countrymen and women out of a total of more than 4,000 based in the South American nation, met Tuesday evening with President Miguel Diaz-Canel Bermudez, Foreign Minister Bruno Rodriguez Parrilla and Cuban Ambassador to the South American country, Orestes Perez Perez.

During the meeting, Diaz-Canel officially announced that the IV Nation and its Emigration Conference would be held from April 8 to 10, next year, as part of the process of strengthening ties between Cuba and its community abroad.

After discussing with participants the country's policy about its emigration, as well as the decision to sustain and improve it, in response to the demands of residents abroad, Díaz-Canel pointed out to his compatriots that the main obstacles to strengthening ties with residents abroad are the intensification of the blockade imposed by the United States on the island 60 years ago, which hinders the ties of Cuban families and also of those residing in third countries, such as Argentina.

He stressed that the government of Donald Trump continues to adopt measures aimed at hindering the travel of Cuban citizens in one direction or another, suspending consular services in Havana, regular flights, except to Havana, and does not meet the visa quota agreed between the two governments.