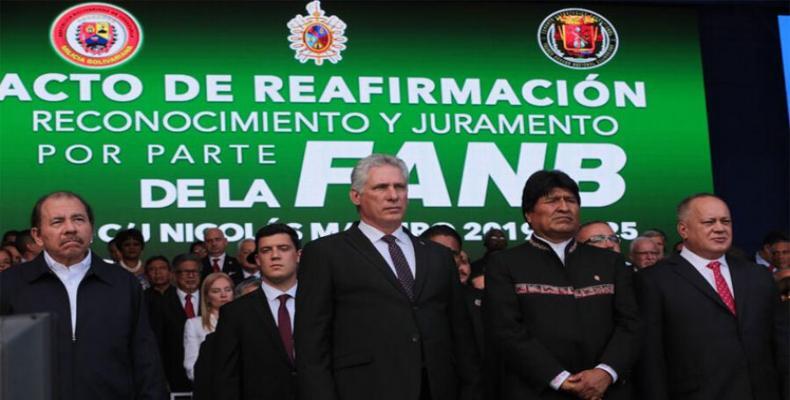 Havana, January 11 (RHC)-- Cuban President Miguel Diaz-Canel has returned to Cuba after attending the inauguration, for a new term, of his Venezuelan counterpart, Nicolas Maduro.

The Cuban head of State departed from Maiquetia’s Simon Bolivar international airport, where he arrived Wednesday night to attend the official swearing in ceremony.

Taking to his Twitter account, the Cuban president reaffirmed the island’s solidarity with the people and government of Venezuela, and commitment to regional integration.

“Brothers in struggle, brothers in dreams, united in favor of Latin American and Caribbean Integration.  We support President Maduro, the civil-military union and the Venezuelan people,” he wrote.