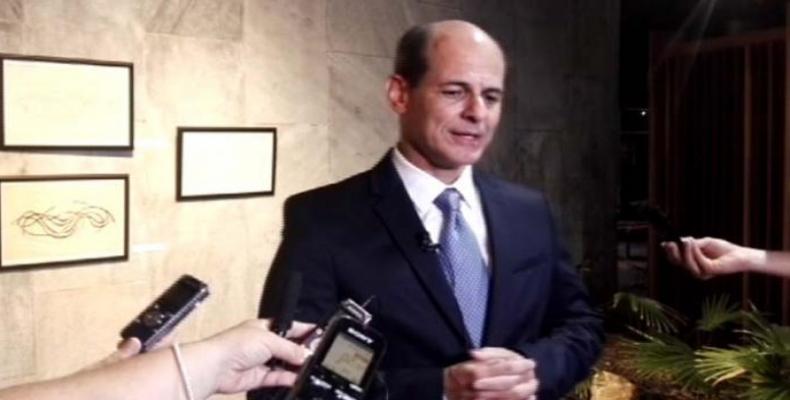 The leaders recognized the historic relations between Guyana and Cuba dating back to 1972, when Guyana and three other Caribbean counties bravely decided to break the diplomatic siege imposed by the United States on Cuba.

The Acting Secretary General of the Caribbean Community, Douglas Slater, received the Cuban deputy minister at the headquarters of the regional organization.

The meeting reaffirmed the will of the Cuban Government to maintain the cooperation in the Caribbean Region and strengthen the excellent bonds of friendship and understanding that unite Cuba and the Caribbean.

The deputy minister also visited the Regional Center for Development Stimulation in Children, Adolescents and Young People with Special Educational Needs Associated with Disabilities, a regional project promoted by the leaders of the Community and Cuba, where he noted the important advances in its implementation.