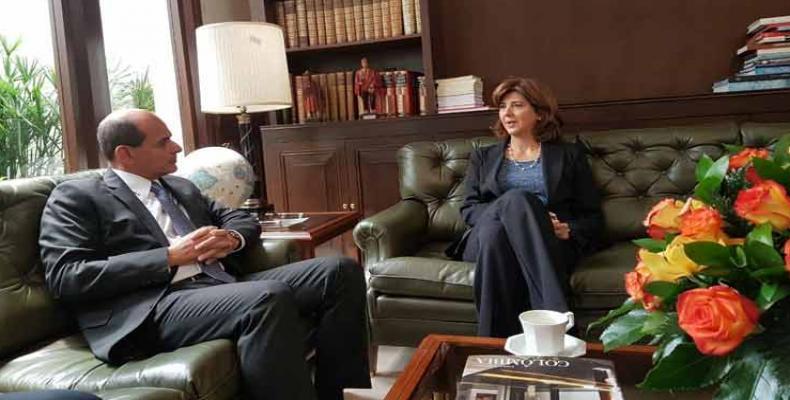 During the exchange, Minister María Ángela Holguín thanked Cuba for its role as both guarantor and venue of peace negotiations between the Colombian government of President Juan Manuel Santos and the country's largest guerrilla group –the Revolutionary Armed Forces of Colombia-People's Army (FARC-EP).

The Cuban deputy foreign minister is in Colombia, leading the Cuban delegation to the 6th Meeting of the Political Consultation Mechanism between Colombia and Cuba. Launched in 1999, the mechanism established between the countries' foreign ministries aims to strengthen and expand political dialogue between the two countries.