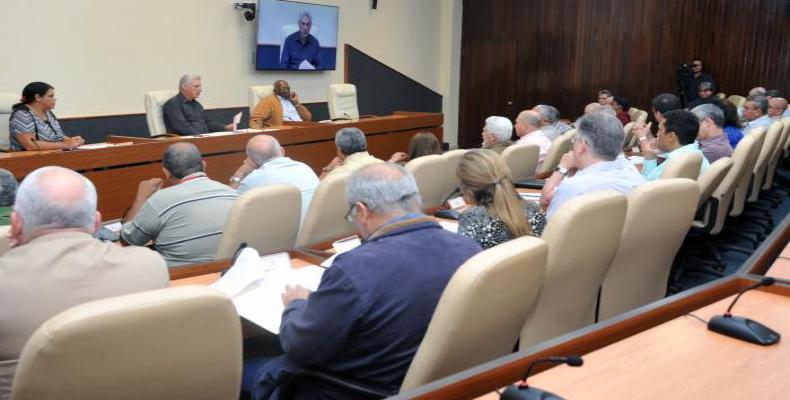 During a Council of Ministers meeting Tuesday night, Díaz-Canel stressed that the people responded swiftly and the recovery is advancing at a good pace.  He stressed that the capital’s full recovery from the damage caused by the storm “will be the victory of the entire people and it will certainly lead to new, greater victories.”

The Cuban head of state praised the tireless efforts of construction workers, linesmen, communication workers and students, who have joined forces with authorities and residents of the affected areas to repair damage caused by the tornado to more than 7,000 homes.

Minister of Domestic Trade Betsy Díaz reported that of the more than 7,000 houses damaged, 771 have already been repaired, while more than 3,600 people, whose homes suffered minor damage have received the necessary construction materials and resources to repair them.

Authorities also noted that communications, energy, water and gas services, which were severely affected by the tornado, have been restored.