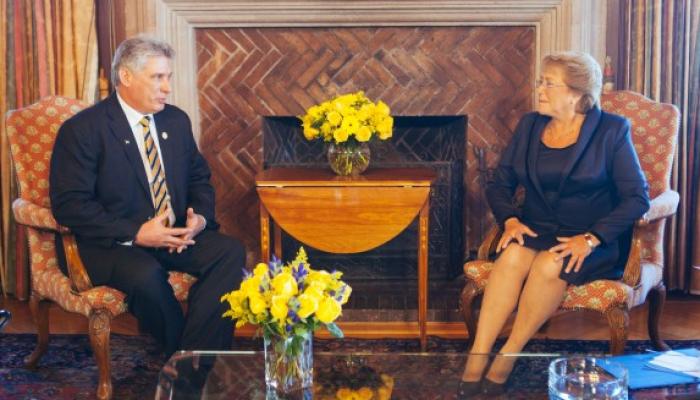 During the meeting, Diaz-Canel conveyed greetings from President Raul Castro and expressed Cuba’s willingness to expand relations with Chile, not only in the political and diplomatic field but also in the economic, commercial and cooperation areas.

According to this morning's edition of Granma newspaper, the Chilean president acknowledged the role played by Cuba as president of the Community of Latin American and Caribbean States and also expressed her willingness to strengthen bilateral relations with Cuba.