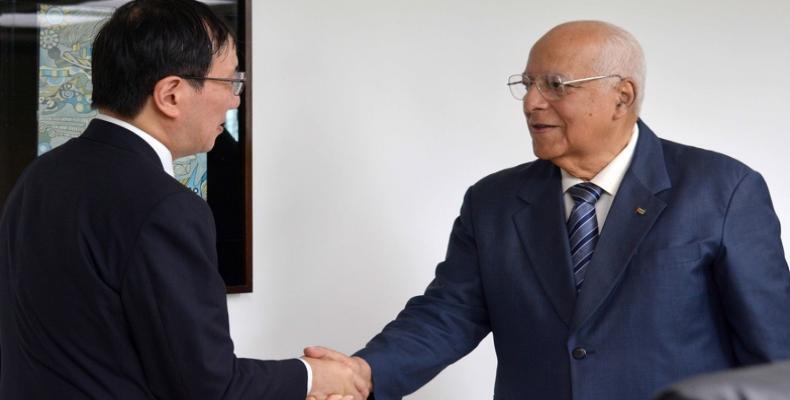 Havana, September 4 (RHC)—Cuban Vice President of the Council of Ministers Ricardo Cabrisas Ruiz held a meeting Wednesday with the Principal Deputy Minister for Foreign Affairs of Japan, Kazuyuki Yamazaki, who is visiting the Caribbean island on the occasion of the 90th anniversary of the establishment of diplomatic relations between the two nations.

During the friendly dialogue, the parties congratulated each other on the good state of bilateral relations, especially after the visit made to Cuba in September 2016 by Japanese Prime Minister Shinzo Abe. The occasion was favorable for the ratification of  the mutual will to expand and diversify the ties, especially the commercial and cooperation ones.

The distinguished visitor was accompanied by the Ambassador of Japan to Cuba, His Excellency Mr. Kazuhiro Fujimura, as well as other directors of the Japanese Ministry of Foreign Affairs.

On the Cuban side, the Director of Asia and Oceania, Alberto Blanco Silva, and other MINREX officials were also present.