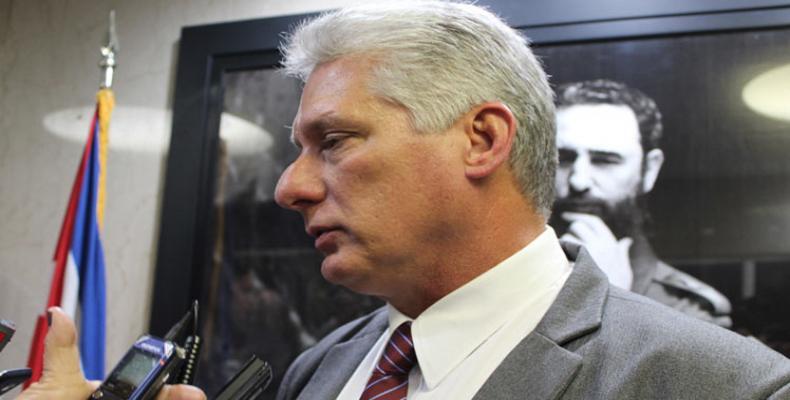 “We bring the voice of Cuba, which above all comes to denounce the aberrant policy of the U:S: blockade, a policy that has already failed, and that will continue to fail.  This is the longest blockade in the history of humanity”, the Cuban leader told the press upon arrival for his first visit to the United States since taking over the presidency last April.

“With all our strength, we are going to ratify that denunciation at a time when there is a reversal in relations with the United States government; when there is an administration that has returned to Cold War rhetoric and which has revitalized the Monroe Doctrine. This is an administration with which it is difficult to advance in a relationship between equals. We also come to bring the Cuba´s message of peace, solidarity, wishes and aspirations for a better world,” he said.

The Cuban president will address the UNGA Nelson Mandela Peace Summit on Monday and the General Assembly on Wednesday.