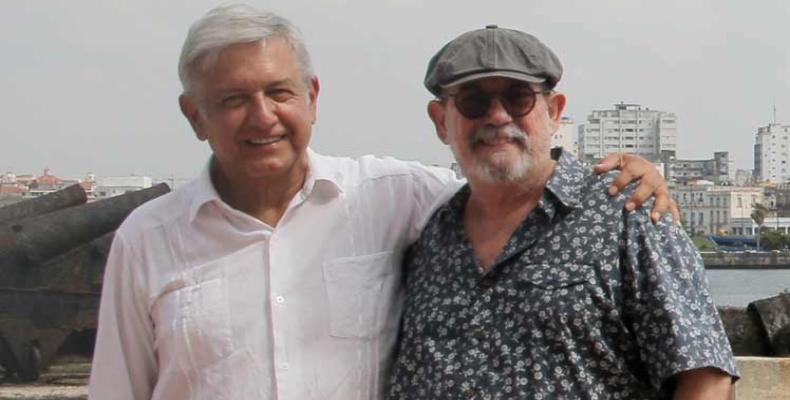 Answering a question by a fan on his Segunda Cita blog, Rodriguez said he was invited to the ceremony and that he intended to travel to Mexico to attend.

The Cuban musician has shown his support for Lopez Obrador in the past, and was with him at the Zocalo, Mexico City’s largest square, when López Obrador called to protest against the electoral fraud that declared Felipe Calderon the winner of the 2006 presidential election.

When Lopez Obrador’s landslide victory was imminent on July 1, 2018, Silvio Rodriguez wrote a supportive message: “It seems like the first polls give victory to Andres Manuel. Congratulations to our Mexican brothers and sisters. Great inspiration for the concert. Thanks, Mexico!”

In February 2018, Rodriguez posted a picture of him and the candidate with a quote from Emir Sader’s ‘Latin American Oligarchic Liberalism,’ and declared Lopez Obrador was the only one who could “rescue” the country “from the disgrace brought by the neoliberal governments and the Free Trade Agreement with the United States.”

“They’re afraid of a government that defends the interests of the great majority of Mexican people, defends the national interests of Mexico, and brings Mexico closer to Latin America,” wrote Rodriguez in a post.

“But that’s the hope of most of Mexican people and also Latin America, defeating neoliberalism and subordination to the U.S. to confirm a fair and sovereign Mexico,” he continued.